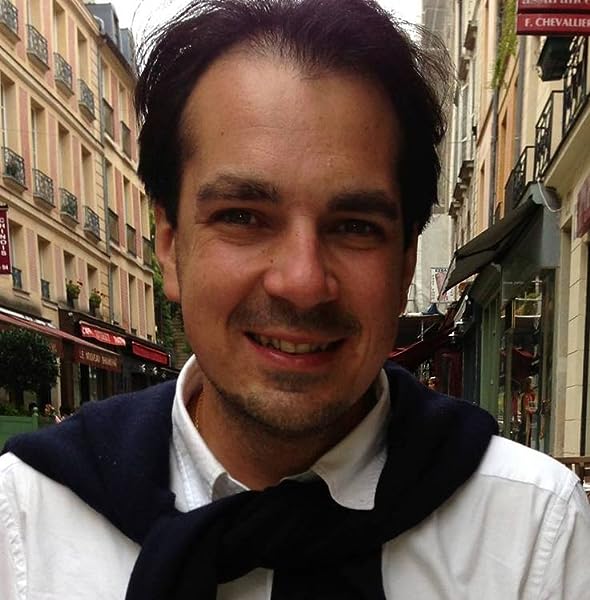 Laundry flutters on clotheslines and climbing roses flavor the air with a fleeting essence. Each of these makes seasonal appearances and not always in great quantities. In contrast, the giant site that Kato and his crew are digging brims with visual and tactile reminders that Rebun was once loaded with people who lived off the land and sea for thousands of years: Some gathered abalone, some hunted sea lions, and some raised pigs and dogs probably imported from Siberia.

These people were the ancestors of the Ainu. H umans first landed on Hokkaido at least 20, years ago, probably arriving from Siberia via a land bridge in search of a less frigid environment. By the end of the last ice age, their descendants had developed a culture of hunting, foraging, and fishing. Large-scale rice farming was a southern phenomenon; the north was too cold, too snowy. A nature-centered society of fishers, hunters, horticulturalists, and traders emerged.

T he Ainu, like their ancestors, shared their land with an important predator.

The people honored bear spirits through ritual for thousands of years, deliberately placing skulls and bones in pits for burial. And in historical times, written accounts and photographs of a bear ceremony show that the Ainu maintained this deep kinship. And it appears that ancient islanders, bereft of any ursine population, must have imported their bears from the Hokkaido mainland.

Did they struggle to bring live bears to the island, via canoe?

A big, seagoing canoe with oars and a sail, but still. K ato points down a narrow alley between two buildings. At a site there, an archaeological team discovered bear skull burials dating between about 2, and years ago. Nearby, at Hamanaka II, Kato and his colleagues uncovered buried bear skulls dating to years ago. And this year, they found the little 1,year-old bear head carved from sea mammal bone.

Hamanaka II on Rebun Island is full of animal remains—sea mammals, deer, dogs, and pigs—some dating back 3, years before present. Bone preservation in the acidic soils of neighboring Hokkaido, a large volcanic island, is rare.

Dying Alone: Kodokushi, Japan's epidemic of isolation through the eyes of a 'lonely death' cleaner

T he environment, economy, and traditions may all metamorphose over time, but some beliefs are so sacrosanct, they are immortal, passing as genes do, from one generation to the next, mixing and mutating, but never wavering. This bond with the bears has survived much. A t age 49, with hair more gray than black, Kato is still boyish. On this hot summer day on Rebun, he sports a ball cap, an orange plaid short-sleeved shirt, and chartreuse shorts and sneakers.

Yet he never learned the history of Hokkaido. On a map, Hokkaido even looks like a fish, tail tucked, swimming away from Honshu, leaving a wake that takes the local ferry four hours to track. Today, the two islands are physically connected by a train tunnel. O n the surface, there is nothing about Hokkaido that is not Japanese.

Each kotan had a head man. Inside the reed walls of each house, a nuclear family cooked and gathered around a central hearth. At one end of the house was a window, a sacred opening facing upstream, toward the mountains, homeland of bears and the source of the salmon-rich river. Outside the window was an altar, also facing upstream, where people held bear ceremonies. E ach kotan drew upon concentric zones of sustenance by manipulating the landscape: the river for fresh water and fishing, the banks for plant cultivation and gathering, river terraces for housing and plants, hillsides for hunting, the mountains for hunting and collecting elm bark for baskets and clothes.

Coaxing food from the earth is tough at the best of times, why not make it as easy as possible? I n time, the Ainu homeland, which included Hokkaido and Rebun, as well as Sakhalin and the Kuril Islands, now part of Russia, joined a large maritime trade. By the 14th century, the Ainu were successful middlemen, supplying goods to Japanese, Korean, Chinese, and later Russian merchants.

Paddling canoes, with planked sides carved from massive trees, Ainu sailors danced across the waves, fishing for herring, hunting sea mammals, and trading goods. A pinwheel of various cultures and peoples spun around the Ainu. F rom their homeland, the Ainu carried dried fish and fur for trade. In Chinese ports, they packed their canoes with brocades, beads, coins, and pipes for the Japanese.

In turn, they carried Japanese iron and sake back to the Chinese. W hen I lived on the southern Japanese island of Kyushu in the late s, I was struck by the physical diversity of the people. The faces of my students and neighbors sometimes reflected Asian, Polynesian, or even Australian and North American Indigenous groups.

It made me wonder what my students had learned about human origins and migrations. T oday, science tells us that the ancestors of the ethnic Japanese came from Asia, possibly via a land bridge some 38, years ago.

As they and their descendants spread out across the islands, their gene pool likely diversified. Then, much later, around 2, years ago, another great wave of people arrived from the Korean Peninsula, bringing rice farming and metal tools. These newcomers mixed with the Indigenous population, and, like most farming societies, they kick-started a population boom.

Armed with new technology, they expanded across the southern islands, but stalled just short of Hokkaido. Then around A. Some were reluctant immigrants, banished to the southern part of Hokkaido to live in exile. Others came willingly. They saw Hokkaido as a place of opportunity during times of famine, war, and poverty.

Kato tells me that his family background reflects some of the turbulent changes that came to Hokkaido when Japan ended its isolationist policies in the 19th century. The influential men behind the new emperor unleashed a modernization blitzkrieg in Some had fought in a rebellion, some wanted to start over—entrepreneurs and dreamers who embraced change.

The wave of modern Japanese immigrants—samurai, joined by farmers, merchants, artisans—had begun. As insular as Japan seems to be, it has always been bound up in relationships with others, particularly with people on the Korean Peninsula and in China. And they have called themselves Nihonjin. But the word Ainu signifies something very different. B ack at the dig at Hamanaka II, Zoe Eddy, a historical archaeologist from Harvard University, stands atop piles of sandbags, surveying the crew.


She flips between Japanese and English, depending on who is asking a question. Someone else calls out and she hustles over to assist.

Eddy splits her time between Boston, Washington, D. The tall, curly-haired brunette stands out; central casting circa would have hired her to play the role of feisty female archaeologist in some exotic locale. It had a corn cob in its mouth. Eddy puzzled over it.

Like dairy cows, corn is not indigenous to the island. On Rebun Island, off the coast of Hokkaido, Hirofumi Kato, left, Zoe Eddy, foreground, and volunteers pile sandbags on the Hamanaka II archaeological site, where they will stay until the dig continues the following year.

They are mighty salmon and deer, humble sparrows and squirrels, ordinary tools and utensils. Kamuy visit the earth, have a relationship with humans, and if respected, they return again and again to feed and clothe humans. To maintain a healthy relationship with the kamuy, Ainu artists traditionally represent the world in the abstract, creating pleasing designs meant to charm the gods—the transcendent symmetrical swirls and twirls of a kaleidoscope, not banal figurines.

Making a realistic image of an animal endangers its spirit—it could become trapped, so Ainu artists did not carve realistic bears that clenched corn, or anything else, in their teeth. B ut art has a way of adapting to the zeitgeist. The typical Ainu bear today, a figurative bear with a salmon in its mouth, has a distinct German influence. Ainu artists adapted after the Meiji Restoration: They gave tourists the iconic brown bears of the Black Forest that no longer existed.

This illustration shows an Ainu iyomante. The iyomante fascinated Japanese and Europeans alike. L ike all island people, the Ainu had to deal with opposing realities. For much of their history, new ideas, new tools, and new friends flowed from the sea, a vital artery to the outside world. But the outside world also brought trouble and sometimes brutality. T he first serious blow to Ainu sovereignty landed in the mids, when a powerful samurai clan took control of Japanese settlements in southern Hokkaido. The student resources previously accessed via GarlandScience. 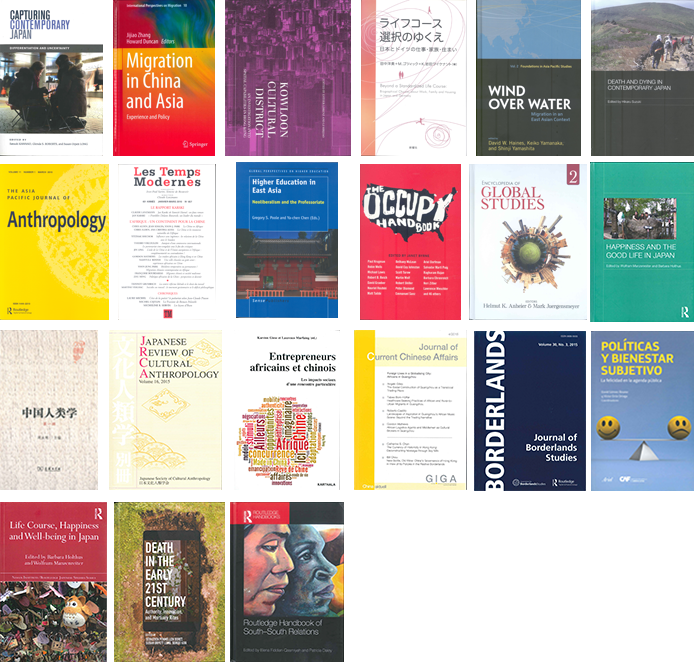 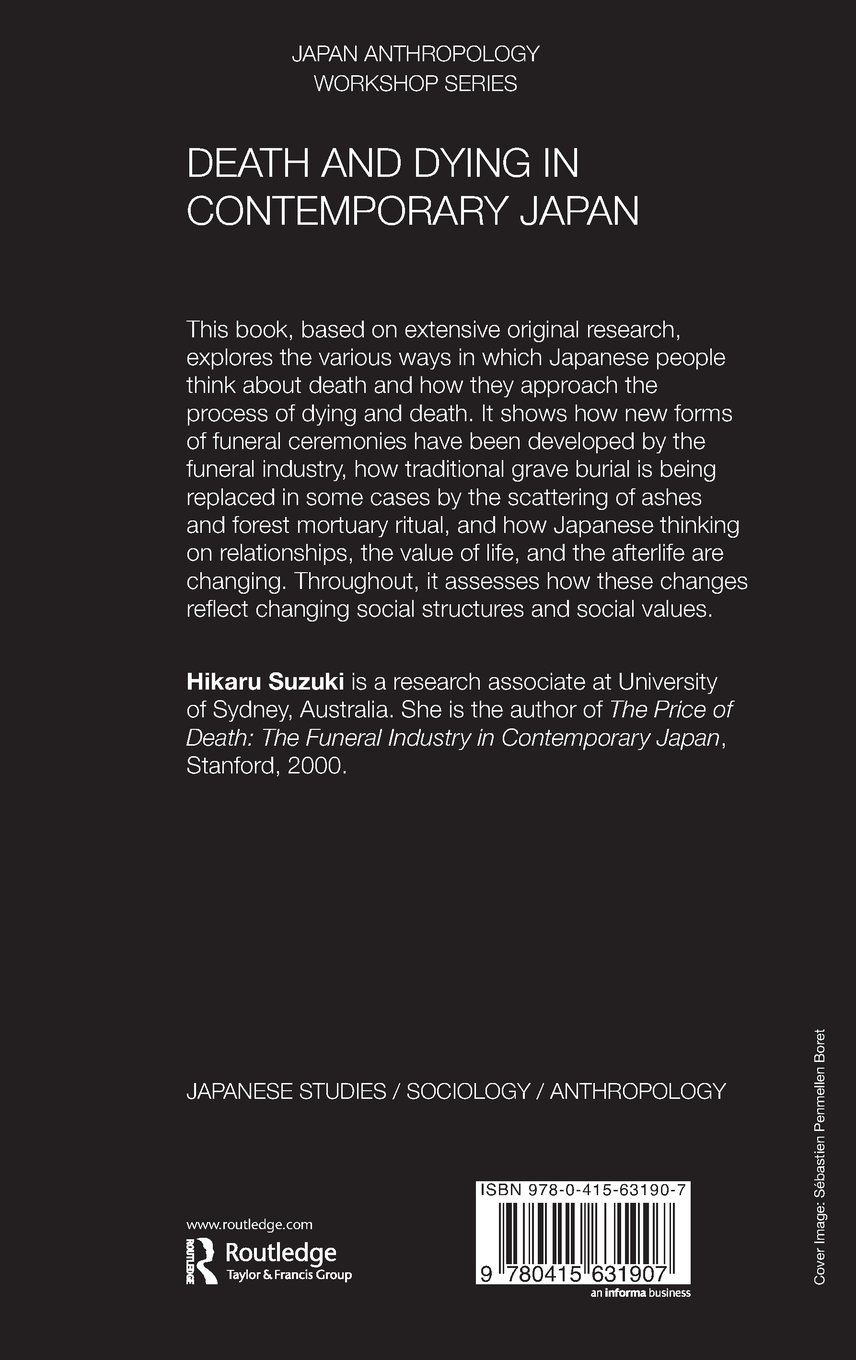